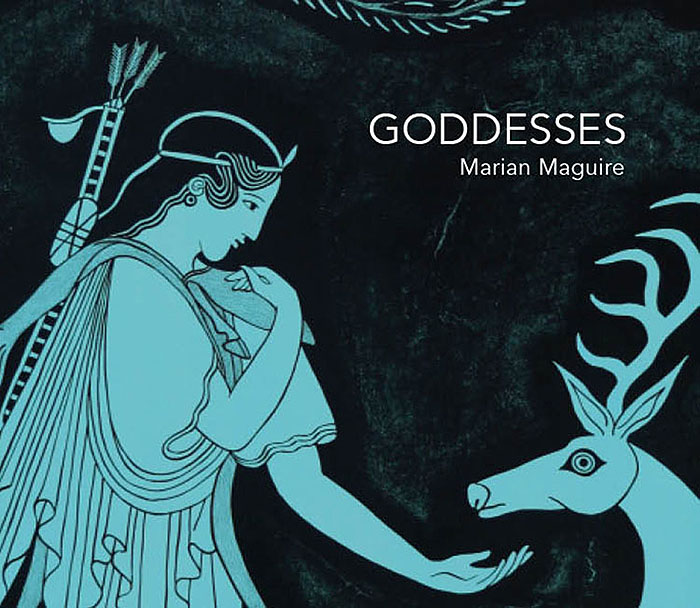 Presented by The Vivian

Marian Maguire‘s Goddesses is a series of large-scale prints that reimagine the traditional roles of the Greek Goddesses from a female perspective.

They are witty, delightful, and beautiful explorations that beg the question, what would our traditional Goddesses do if they saw the state of the world we live in?

Would they carry on their roles in supporting the status quo? Or would they simply give up? Walk away? Or transfer their role as deities to somewhere else?

“Athena is my favourite ancient Greek deity. She is sensible, wily, loyal and brave. She is the patron of Athens. And she actively supports its imperial ambitions.

Yet the idea for this series came when I was listening to more news of war. The justice of a proposed military strike was being debated and I wondered: would Athena support this? Surely she has moved with the times and is tired of supporting power structures whose methods and motives are questionable? Does she not, at long last, want to cast aside her shield and spear, loosen her hair from under its heavy helmet and walk away barefoot, much more lightly on the ground?

The motivation to develop these works was a simple one. If I want things to change I must first look at myself. I must question how much I, whether actively or passively, support a status quo that I believe does much harm, both to the environment and to other people. I am privileged, my life is good. This is a mere accident of birth.

What is the true cost of my comfort and how much do I take for granted?

Making the goddess images allowed me opportunity to explore these thoughts through a feminine lens.”

Presented by The Vivian