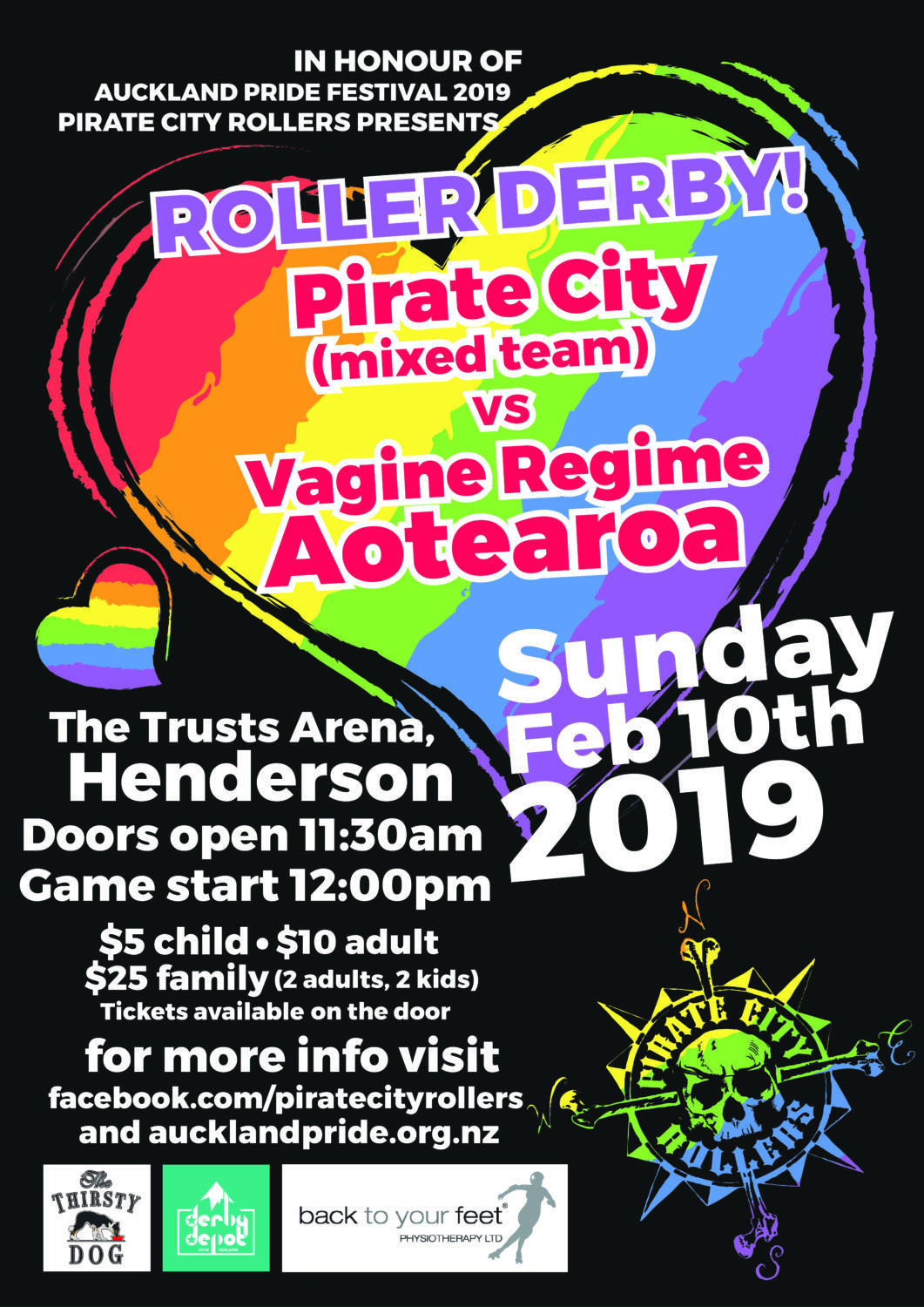 Join us for some hard-hitting, full-contact roller derby action as Auckland’s own Pirate City Rollers take on the LGBT challenge team, Vagine Regime Aotearoa, made up of the best LGBT Roller Derby players from all over New Zealand.

Roller derby is full contact sport played on quad roller skates with game play consisting of a series of short match-ups (jams) in which both teams designate a jammer (marked by a star on their helmet) who scores points by lapping members of the opposing team. Teams play offence and defence at the same time. They must try to hit opposing blockers out of the way to clear a path for their jammer, whilst simultaneously keeping the opposition jammer from scoring.

Auckland’s own Pirate City Rollers are currently the highest ranked team in New Zealand, and regularly travel internationally to Australia and the USA to compete. In 2017, they competed in the World Championships, and in 2018 were invited to do so again but had to decline due to costs. A number of our skaters represented their nation – including Aotearoa – at the Women’s Roller Derby World Cup, and some are involved in coaching Kiwi Toa – Men’s Roller Derby New Zealand ahead of their World Cup. Meanwhile, our B Team – The Broadside Brawlers compete domestically, we have an active intra-league competition, and a rapidly growing juniors program!

Our sport is well-known for its trailblazing inclusivity policies, and we are proud to actively encourage and promote the involvement of women, non-heteronormative, and particularly gender variant individuals in Roller Derby. As such, we are delighted to invited Vagine Regime Aotearoa – an all-star team of LGBT skaters from across New Zealand – to join us to celebrate Pride with us here in Auckland, and to share our sport with the community!