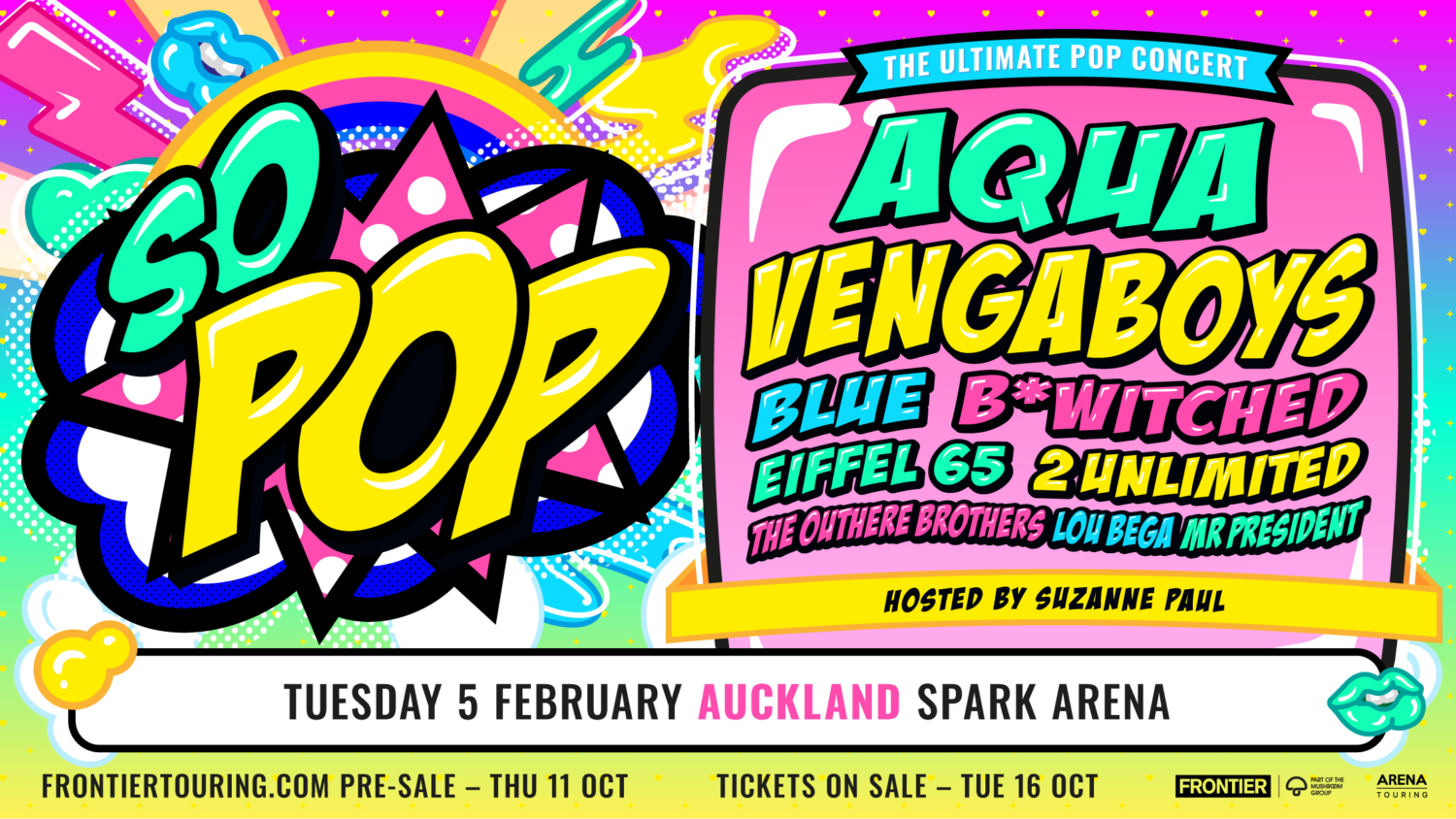 In the summer of 2019, Frontier Touring will introduce New Zealand to the ultimate throwback pop experience: So Pop! The concert brings the biggest names of ‘90s pop to the stage in Auckland for one night only, transforming Spark Arena into the school disco that you’ll wish never ends blasting back to the glory days of the ‘90s and ‘00s: we’re talking cargo pants, butterfly clips, Tazos and enough glitter that you’ll be shimmering for days. Join Aqua, Venga Boys, Blue, B*witched, Eiffel 65, Lou Bega, 2 Unlimited, Mr President all hosted by queen Suzanne Paul!!

Bringing a line-up of ‘90s pop royalty down under this summer, the first class of So Pop! has collectively sold over 120 million records worldwide and are responsible for some of the biggest party tunes of our time. Catch all these everlasting classics performed live on the one stage during an epic four-hour extravaganza – it’s going to be all that and a bag of chips!